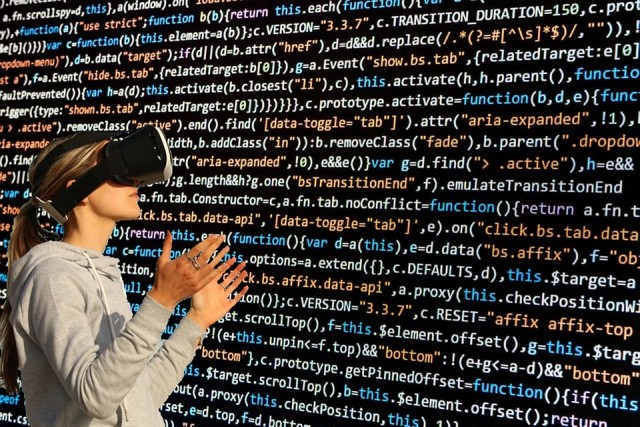 Though virtual reality (VR) made a strong market appearance this year, a ReportLinker survey of 625 respondents showed that most respondents do not understand virtual reality and half cannot name a brand behind the technology.  Despite this lack of knowledge, most Americans are ready to embrace the new technology.

Virtual reality is a technology that engages the user in an immersive, simulated, sensory experience using a headset. Virtual reality was first introduced in the 1990s without market traction. Even now, in 2016, with the fast pace of technology adoption, consumers are still perplexed about virtual reality.

The survey also showed a difference between the public’s awareness versus the excitement of the media. For example, the results showed that 51% of respondents were unable to name a VR brand. Thirty-one percent (31%) of respondents could name Samsung, which was the most widely identified brand above Sony (21%), Oculus Rift (15%), Google (9%), and HTC (6%).

Despite the lack of awareness, there is a general positive attitude toward the technology.  Seventy-two (72%) of Americans have a positive general attitude about VR with 81% of this group being Millennials.  The remaining 28% have a negative view with 54% of them being of senior age.

The overall ratings of the devices were average. Those who have tested the tech rated the products with an overall score of 6.9 out of 10.  This is a score of a B with millennials providing an even lower overall score of 5.6 out of 10.  Non-millennials tended to give a higher rating of 7.6 out of 10 potentially because they may have lower expectations than the more tech-savvy millennials.  Fifty-two percent (52%) reported that they liked the realism, 27% liked the comfort of the device, and 27% liked the motion control but 39% were dissatisfied because it induced dizziness.  Overall, most said that they would recommend the device to a friend.

Marketers and manufacturers still have an uphill battle. Ninety-five percent (95%) of respondents reported never having worn a VR headset. For those who have tested one, most were likely to have tried the Samsung Gear VR (49%).  Fifty-five percent (55%) of respondents who have never tried a VR device also said they were not interested in testing one.  Overall the main attraction to the device is the entertainment value such as play games (47%) and watching movies (23%).

Though market analysts like Deloitte Global predicted that the VR tech would make its first billion dollars in 2016, this may be too optimistic for the current market.  The ReportLinker survey showed that most respondents were not willing to spend more than $300 for a headset leaving Google and Samsung devices as the greatest contenders in this price range.

Overall, general consumers have positive views of the technology, are likely to want to test the devices and recommend them to others but do not see a value of more than $300 per unit.   Marketers and manufacturers have more work to do among consumers to bring the technology out of the testing phase and into the adoption phase.

The post The Advent of the Virtual Reality Age appeared first on Home Business Magazine.

Popular
Recent
Comments
Tags
Be Your Own Boss: Benefits of a Home-Based Business Expense Management in the Freelance Economy
Scroll to top